The Staten Island Yankees, the former short-season Class A affiliate of the New York Yankees, announced Thursday that the organization is ceasing operations and filed a lawsuit against its former parent club – as well as Major League Baseball.  Read more here.

Talks Resume Between City and Team Over Coliseum Site

Talks between the City of Oakland and the Oakland A’s over a new ballpark resumed Wednesday, but without any agreement by the City to drop its lawsuit aimed at blocking the team from buying Alameda County’s half-share of the Coliseum site.  Read more here.

As reported last week, the merchandise shop at the home of the Madison Mallards (Summer Collegiate, Northwoods League) suffered significant damage because of a fire, including a collapsed roof.  Arson is suspected.  There is now a $5,000 reward being offered for information leading to an arrest in the case.  Read more here.

It appears the homeless Florida Fire Frogs (Single-A, Florida State League) could be headed back to Brevard County (FL), if a deal to sell the team to Cocoa Baseball Group LLC is indeed consummated.  In a motion filed with the Orange County Clerk of Courts on Oct.  7 (“Tennessee Manatee’s Emergency Motion for Order Requiring Sale of the Club Pursuant to Cocoa Baseball Club, LLC Purchase Agreement to Avoid Forfeiture of that Asset”), it includes details of a Management Agreement dated Oct. 3, 2019 (“Exhibit 3”), which provides the following: END_OF_DOCUMENT_TOKEN_TO_BE_REPLACED

It could take up to a year to fix the heating and cooling system at Impact Field, home of the Chicago Dogs (Independent Professional, American Association), after a settlement was reached with the subcontractor who installed the HVAC system in the $63-million, 6,300-seat ballpark in Rosemont (IL) that opened in May 2018.  Read more here.

The Houston Astros and Washington Nationals are preparing to face off in Major League Baseball’s first World Series between teams that share the same spring training complex — the Ballpark of the Palm Beaches in West Palm Beach (FL).  Off the field, the fall classic opponents are reluctant teammates in a protracted legal fight with the contractors who built their $153 million spring home.  More than three years after the complex opened, at least three companies say they’re still owed millions of dollars.  Read more here.

Amid new threats the Oakland Athletics could move to Las Vegas if a lawsuit by the city of Oakland is not dropped, the state capital has signaled its support for a new ballpark in downtown Oakland. Gov. Gavin Newsom signed two Oakland-centric ballpark bills last week, each sponsored by local state officials, which will streamline the regulatory process and help fund infrastructure around the proposed site.  Read more here.

In an exclusive interview with the San Francisco Chronicle, MLB Commissioner Rob Manfred left no doubt that the city of Oakland’s lawsuit to stop Alameda County from selling its portion of the Coliseum site to the A’s could have repercussions.  Read more here and here.

The former developers of Hartford’s minor league ballpark, who recently lost a legal case against the city over construction delays, are asking for a new trial or for a judge to overrule the jury’s verdict.  Read more here.

City officials in Hartford (CT) celebrated a major victory in court Tuesday, as a jury ruled in favor of the city in a high-stakes lawsuit launched by the fired developers of Dunkin’ Donuts Park who sought tens of millions in damages.  Read more here.

A bitter lawsuit between the City of Hartford (CT) and the fired former developer of Dunkin’ Donuts Park is coming to a head. The trial between the city and Centerplan Construction starts Wednesday.  Read more here and here.

On May 4, San Antonio voters will elect a new mayor, and the election has become a proxy contest for a Chick-fil-A controversy. Incumbent Mayor Ron Nirenberg, who supports barring the company at the San Antonio airport, faces City Councilman Greg Brockhouse, who wants to reverse the City Council decision to do so.  Read about the controversy here.  Read more here.  How does this relate to a potential new ballpark for the  San Antonio Missions (Triple-A, Pacific Coast League)?   Nirenberg has been less enthusiastic about city involvement in a new ballpark than Brockhouse.  Read more here.  If the Chick-fil-Aers  come out to vote, it could turn the ballpark tide for the Missions.

How to move forward with Ripken Stadium, home of the Aberdeen IronBirds (Single-A, New York-Penn League), is the biggest challenge the Aberdeen (MD) City Council faced in 2018,  according to Mayor Patrick McGrady.  He couldn’t say more, because of pending litigation.  That litigation includes a countersuit filed by the city to the breach of contract suit filed last year in Harford County Circuit Court by Tufton Professional Baseball.  Read more here.

M.V. Sharks in Legal Battle Over Plans to Depart Futures League for NECBL

State lawmakers voted overwhelmingly on Friday to make it just a little bit easier for the Oakland A’s to build a new ballpark at the Howard Terminal site near the Port of Oakland.  Read more here

The Idaho State Board of Education on Thursday approved Boise State University’s request to continue its attempt to acquire property for its new baseball stadium — even if it means using eminent domain to do so.  Read more here. 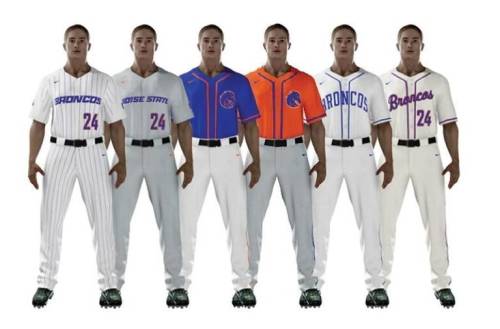 This past week, the Maricopa County (AZ) Stadium Board of Directors voted 4-1 in favor of settling a lawsuit that will give the Arizona Diamondbacks a chance during the next five years to build a new ballpark somewhere else in the county and leave Chase Field by 2022.  In exchange, the D-backs have to manage and maintain the existing stadium as long as they remain there.  Read more here.

Maricopa County has struck a deal with the Arizona Diamondbacks over Chase Field that allows the team to immediately begin looking for another home if it drops a lawsuit arguing the county should pay $187 million in repairs.  Read more here.

With or without the “Save America’s Pastime Act” included in the recent spending bill passed by Congress and signed into law by the President, baseball’s independent professional leagues have, arguably, a reasonable claim that they are covered by an exception to federal minimum-wage and overtime laws, which applies to seasonal amusement or recreational businesses under 29 USC § 213(a)(3).  It appears the Frontier League will take a wait-and-see approach.  Read more here.

The owners of the St. Paul Saints (Independent Professional, American Association) are seeking an exemption from having to pay its players Minnesota’s minimum wage.  The Saints say without the exemption, the baseball team runs into a problem with a league rule limiting club payrolls.  Read more here.

A Thursday morning hearing will serve as the opening act of a legal drama between Jeffrey Loria, former owner of the Miami Marlins, Derek Jeter, a current owner, and Miami-Dade County, longtime owner of the team’s ballpark.  Read more here.   Meanwhile, the drama over the home-run sculpture continues.  Read more here.

Centerplan Construction Co. and DoNo Hartford, the fired developers of Dunkin’ Donuts Park and Hartford’s larger downtown north project, have filed a notice of intent to sue over the properties surrounding the ballpark.  Read more here.

An attorney for Centerplan Construction Co. has claimed in court that representatives of the Hartford Yard Goats (Double-A, Eastern League) pressured the city of Hartford (CT) into ordering millions of dollars in improvements to Dunkin’ Donuts Park that it couldn’t afford and the team had no intention of paying for.  Read more here.

The city of Hartford (CT) says it has filed a counterclaim against the one-time developers of the city’s minor league baseball stadium and ended an agreement with them to develop the surrounding area.  Read more here.

Since 2016, the city of Hartford (CT) has paid attorneys more than $370,000 to handle lawsuits associated with the construction of Dunkin Donuts Park, home of the Hartford Yard Goats (Double-A, Eastern League).  Meanwhile the “DoNo” development that was expected to help pay down the bond interest remains on hold until the legal issues are resolved.  Read more and watch news report here.

The Laredo (TX) City Council voted this week to send a letter to all parties involved with the Laredo Lemurs (Independent Professional, American Association) to vacate the premises of  Uni-Trade Stadium and pursue proposals for buyers or leasers for the stadium.  Read more here.

Tim Bennett is suing the owner of the Biloxi Shuckers, Biloxi Baseball LLC, and managing member Ken Young over access to the stadium and money Bennett says he is owed.  Young called the allegations in the lawsuit “baseless.”  Read more and watch news report here.  Read back story here.

Centerplan Construction Co. and DoNo Hartford, the former developers of Dunkin’ Donuts Park, have amended a lawsuit against the city of Hartford (CT) and are now seeking more than $90 million.  Read more here.

The FBI is launching an investigation into the Dunkin Donuts Park project, and it appears the city of Hartford’s information-sharing spurred the action.  Read more here.

City officials and the owners of the former Joplin Blasters (American Association, Independent Professional) have agreed to try to resolve the lawsuit between them over the lost lease revenue for Joe Becker Stadium through mediation.  Read more here.