For more than 40 cities across the country, there’s fear that this could be their last season with a minor league baseball team after Major League Baseball announced controversial plans to cut ties with more than three dozen teams. TODAY’s Harry Smith takes a closer look at how folks in Lowell (MA) are battling to save their team.  Read more and watch report here.

Joined by a large group of community leaders and local, state and federal officials on Thursday at the Centre County Visitors Center, the short-season single-A affiliate of the St. Louis Cardinals launched the #SaveOurSpikes campaign to fight back against a Major League Baseball proposal that if enacted would eliminate affiliations for State College and 41 other minor league clubs.  Read more here.

During a public unveiling event at a local middle school, the Connecticut Tigers (Single-A, New York-Penn League) revealed that the team will now be known as the Norwich Sea Unicorns.  Read more from Benjamin Hill here.  Read more from Chris Creamer here. 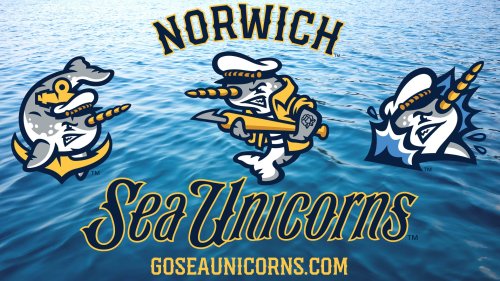 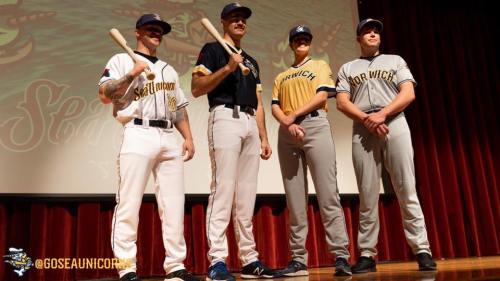 PRESS RELEASE – The Connecticut Tigers have taken the next step towards a new identity and announce the finalists for their new hometown name. The team now asks for fan input on the five finalist names. Fans can vote on their favorite by visiting cttigers.com. through Friday, October 18th. The new name will then be unveiled in November. 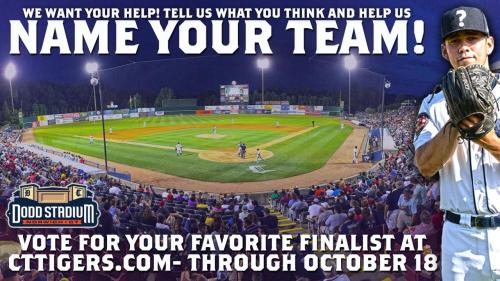 END_OF_DOCUMENT_TOKEN_TO_BE_REPLACED

The West Virginia Black Bears hosted media to show off what’s new at the ballpark. Improvements include a new batters eye that allows better tracking of the ball from the batter’s perspective, along with sad news from their famous pepperoni roll, Double Stuffed Dave.  Read more and watch news reports here and here. 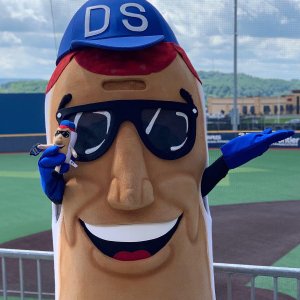 IronBirds to Honor Ripkens, Will Play as ‘Aberdeen Legacy’

The Aberdeen IronBirds (Single-A, New York-Penn League) have announced they will pay tribute to hometown heroes, Cal and Bill Ripken, and play as the Aberdeen Legacy on Saturday, August 3, against the Vermont Lake Monsters.  Read more here. 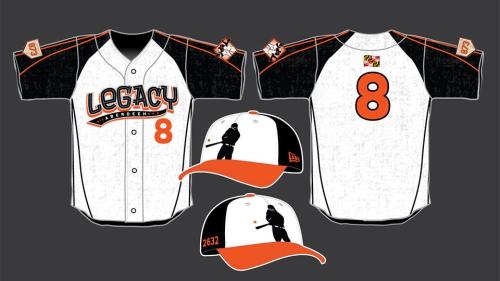 There’s a case for each one to be their best work too pic.twitter.com/a1h8eo6Wlv

For the first time since moving to Dodd Stadium in Norwich (CT), the Connecticut Tigers (Single-A, New York-Penn League) are planning to rebrand with a new team name, and they are seeking help from fans to do it.  They plan to use the “Norwich” location identifier instead of Connecticut.  Read more and enter names submissions here.

How to move forward with Ripken Stadium, home of the Aberdeen IronBirds (Single-A, New York-Penn League), is the biggest challenge the Aberdeen (MD) City Council faced in 2018,  according to Mayor Patrick McGrady.  He couldn’t say more, because of pending litigation.  That litigation includes a countersuit filed by the city to the breach of contract suit filed last year in Harford County Circuit Court by Tufton Professional Baseball.  Read more here.

Claiming conduct by the City of Aberdeen (MD) in recent years has made operating Ripken Stadium “unbearably difficult,” the company that owns the Aberdeen IronBirds (Single-A, New York-Penn League) has filed suit accusing the city of not living up to the terms of an agreement made nearly 20 years ago.  Read more here.

The Lowell Spinners (Single-A, New York-Penn League) announced today that the team has hired Chris Taylor as its new Assistant General Manager.  Taylor will oversee group ticket sales as part of his new role while also working with season ticket accounts and assisting with the team’s marketing.  Read more here. 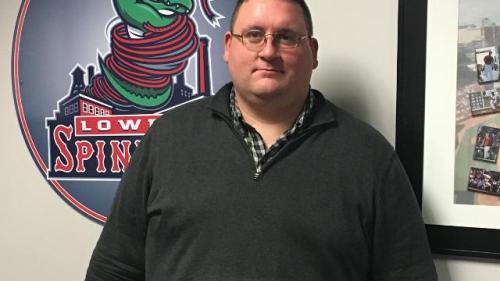 Cal Ripken Jr.‘s sports management company said his firm should take over management of non-baseball events such as weddings, concerts and fundraisers at Ripken Stadium, and claims the City of Aberdeen (MD) has not fulfilled its obligations to upgrade the city-owned ballpark.  Read more here.

At least one non-baseball event has been happening at Aberdeen’s Ripken Stadium each week in 2018, according to the CEO of the firm the city hired earlier this year to handle such bookings.  Read more here.

New at Falcon Park this Season

Fans of the Auburn Doubledays (Single-A, New York-Penn League) will notice some changes at Falcon Park this season.  The team’s worked throughout the off season to make improvements to the stadium, including adding new seating and concession options.  Read more here.  Thanks to John Cerone for the link.

PRESS RELEASE – The Staten Island Yankees are taking on a new identity on Saturday nights this season. The team will change its name to the Staten Island Pizza Rats for the five Saturday home games, beginning June 23, at Richmond County Bank Ballpark at St. George. 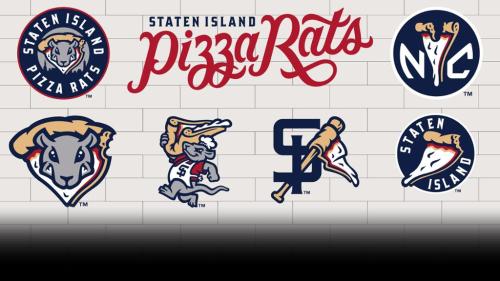 END_OF_DOCUMENT_TOKEN_TO_BE_REPLACED

Andy Helwig has been named as the new voice of the Batavia Muckdogs (Single-A, New York-Penn League).  Helwig is a Canisius College and Canisius High School graduate and will be interning this summer with the Muckdogs after spending last summer interning with the Buffalo Bisons (Triple-A, International League), where he hosted a postgame show on ESPN1520 AM.  Read more here.  Meanwhile, as promised by new GM Dave Chase in April, the Muckdogs have a new “B” logo cap.

PRESS RELEASE – The Connecticut Tigers, Class-A Affiliate of the Detroit Tigers, will take the field on Saturday, July 14th as the New England Lobster Rolls on “New England Night”. The team will wear Lobster Rolls hats and jerseys on field. Fans are encouraged to visit golobsterrolls.com for more information about the night as well as Lobster Rolls merchandise including hats, t-shirts and more. 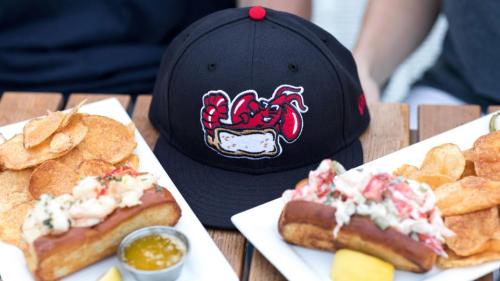 END_OF_DOCUMENT_TOKEN_TO_BE_REPLACED

On Sunday, June 24th, MCU Park, home of the Brooklyn Cyclones (Single-A, New York-Penn League), will be transformed into Adventure Bay for Paw Patrol Day on Coney Island.  The team will be wearing special Paw Patrol jerseys during the game.  Read more here.  Thanks to John Cerone for the link. 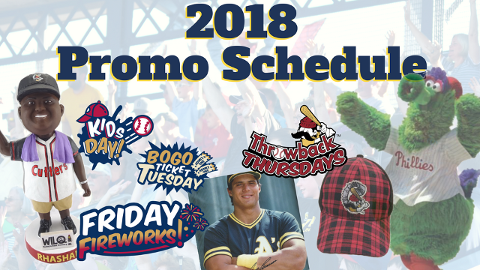 PRESS RELEASE – Each year, Seinfeld Night is one of the most popular games of the summer and we expect this year to be more of the same. Seinfeld Night V will take place on Saturday, August 4th at 6:00 PM. 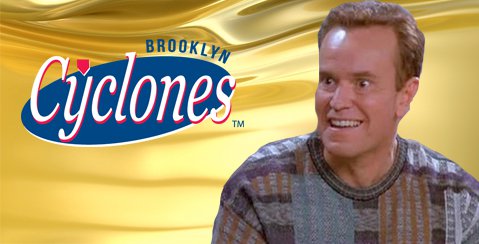 END_OF_DOCUMENT_TOKEN_TO_BE_REPLACED

After hearing from several speakers, including officials from the Connecticut Tigers (Single-A, New York-Penn League), the City Council voted 6-0 Monday to approve an $800,000 bond ordinance for improvements to the Thomas J. Dodd Memorial Stadium which is deemed necessary to keep the team in Norwich (CT).  Read more here.

Batavia’s New GM Scrambles to Ramp Up for Season, Shocked by Condition of Dwyer

It has occurred to Dave Chase that when he agreed to become the new general manager of the Batavia Muckdogs (Single-A) after the New York-Penn League took over ownership of the venerable franchise, the situation at Dwyer Stadium is much worse than he anticipated.  Read more here. 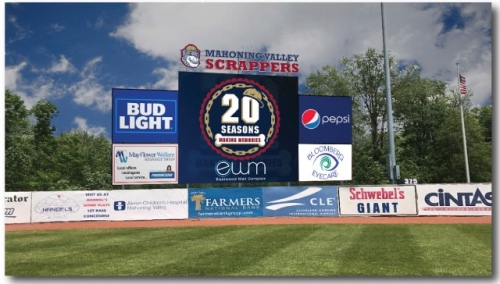 The Lowell Spinners (Single-A, New York-Penn League) have announced that Paul Kleinhans-Schulz has been hired as the club’s new Assistant General Manager.  Read more here.  The team has also unveiled their promotional schedule for the 2018 season.  Read more here. 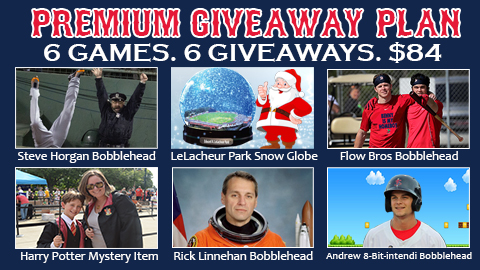 41-year baseball-industry veteran Dave Chase has been named the new general manager of the Batavia Muckdogs (Single-A, New York-Penn League), and a press conference could be held as soon as Monday afternoon to announce his position.  Read more here.  Read about the Dwyer Stadium lease transfer here.

Shortly after he arrived from Alaska in the summer of 2016 to take over day-to-day management of the Aberdeen (MD) city government, Randy Robertson remarked that he did not realize part of his new job included managing a municipal stadium.  Read more here.

The owners of the Aberdeen IronBirds (Single-A, New York-Penn League) hope for a “long-term solution” to the issues that have put them at odds with the City of Aberdeen (MD) in recent months, including responsibility for managing events outside the baseball season and the proposed sale of the team’s home, Ripken Stadium.  Read more here.

Athan Sunderland, CEO of the Huntley Sports Group, says his company is committed to the success of Ripken Stadium and the City of Aberdeen (MA), as controversy continues to swell around the city officials plan to give Sunderland’s company control of the stadium’s management.  Read more here.

PRESS RELEASE – The Lowell Spinners, short season affiliate of the Boston Red Sox, are proud to announce a two-year extension with the Boston Red Sox on a new player development contract through the 2020 season. END_OF_DOCUMENT_TOKEN_TO_BE_REPLACED

No Deal Yet to Manage Non-Baseball Events at Ripken Stadium

Unless the City of Aberdeen (MD) can reach a license agreement in the next few days with someone to manage Ripken Stadium in 2018, the city will assume control over non-baseball events on Jan. 1.  Read more here.

Genessee County Baseball Club (GCBC), the nonprofit that has owned the Batavia Muckdogs (Single-A, New York-Penn League, issued a statement last week announcing that the franchise has been transferred to the league.  Read statement here. If the NYPL Muckdogs do not return to Dwyer Stadium in 2018, expect the summer collegiate PGCBL and NYCBL to be all over it.