PRESS RELEASE – The New York-Penn League, a Class-A Short Season league established in 1939, begins their 73rdseason tonight with a new addition to the uniforms of players throughout the league as a commemorative honor patch has been added to the batting helmets of each team. 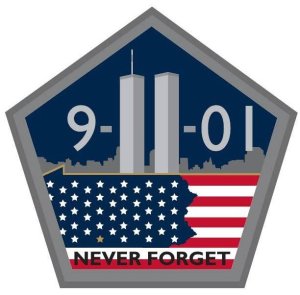 The patch, which was designed by the staff of the Staten Island Yankees, is in the shape of the Pentagon, featuring the American Flag emblazoned with the words “NEVER FORGET.” In the top half of the logo is the script “9-11-01,” with the Twin Towers of the World Trade Center in place of the numerals for 11.

“As we approach the 10-year anniversary of the attacks, the New York-Penn League, who’s member teams have a strong connection to the attacks, wanted to make a statement of solidarity and remembrance for the lives lost that day and in the years that have followed as we fight for our freedom,” said Lowell Spinners President and General Manager Tim Bawmann. “We feel this is the perfect way to achieve that goal in an understated, yet respectful way.”

Of the NYPL’s 14 teams, a direct connection to the attacks can be detected in nearly all locations. Staten Island, who to this day will not play on September 11 as they observe a day of remembrance, was used as a morgue in the days following the attacks. The picturesque view from the field of the skyline was forever altered that day, as the towers are no more.

From John Ogonowski, a pilot from Dracut, Mass., just next to the home of the Spinners, to the Brooklyn Cyclones and Williamsport Cyclones, the attacks hit close to home.

“With the death of Osama Bin Laden and the 10th anniversary of the attacks upon us, the league wished to come together as the country did in the days following the attacks,” said Bawmann. “We look at this as a tribute to the thousands of lives lost on that fateful day.”

For more information on the New York-Penn League visit www.newyork-pennleague.net.