For many West Ham United fans the London Stadium is slowly starting to feel like home, now it is more of a home run. The facility has been transformed into baseball mode for the New York Yankees vs Boston Red Sox game, which takes place on June 28 and 29.  Read more view photos here. 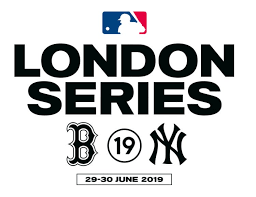 MLB Bringing Ballpark in a Box to London Stadium

In a span of 21 days, Major League Baseball will convert a professional soccer pitch in the heart of London into a state-of-the-art baseball stadium worthy of the most storied rivalry in baseball between the Boston Red Sox and New York Yankees for their upcoming June series.  Read more here.

PRESS RELEASE – The Portland Sea Dogs and Boston Red Sox today announced the extension of their Player Development Contract (PDC) for an additional two years. With the extension, the Red Sox will continue to have a Double-A Eastern League affiliate in Portland through 2022, the longest permitted term under the current Professional Baseball Agreement (PBA).

END_OF_DOCUMENT_TOKEN_TO_BE_REPLACED

City of Palms Park in Fort Myers (FL), the former spring-training home for the Boston Red Sox, is at risk of being demolished, if the city’s Midtown plan — a “mixed-use town center” — is finalized.  The plan envisions the neighborhood as a shared-use living space comprised of affordable and workforce housing, along with commercial space and open communal green space.  Read more and watch video here.

As the Los Angeles Dodgers and Boston Red Sox prepare to meet in Game 1 of the 2018 MLB World Series on Tuesday, Joe Mock from BaseballParks.com has posted his annual comparison of the two ballparks we’ll see in this year’s Fall Classic.  Read more here.   View World Series game schedule here.

Ballpark designer Janet Marie Smith is known for her work on the design and construction of Camden Yards, her role senior vice president of planning and development for the Los Angeles Dodgers, and overseeing the preservation and expansion of Fenway Park from 2002-2009.  Now she’s working along side former Boston Red Sox executive Larry Lucchino planning the site for the future Worcester Red Sox (Triple-A, International League).  Read more here.

Next Ballpark Steps for City, WooSox

The Worcester (MA) Redevelopment Authority is looking to lay the initial groundwork this week on the process for constructing a 10,000-seat stadium that will eventually be the new home for the Boston Red Sox top minor league team.  Read more here.

London’s Olympic Stadium is set to host a series between two of the biggest teams in Major League Baseball (MLB).  Plans for the two-game series in June 2019 between the New York Yankees and the Boston Red Sox are close to being finalized.  Read more here.

The Yawkey Foundation issued a statement Wednesday following an announcement from the Boston Red Sox that the club had filed a formal petition to restore Yawkey Way to its original name, Jersey Street.  Read more and view full statement here.

PRESS RELEASE – The Lowell Spinners, short season affiliate of the Boston Red Sox, are proud to announce a two-year extension with the Boston Red Sox on a new player development contract through the 2020 season. END_OF_DOCUMENT_TOKEN_TO_BE_REPLACED 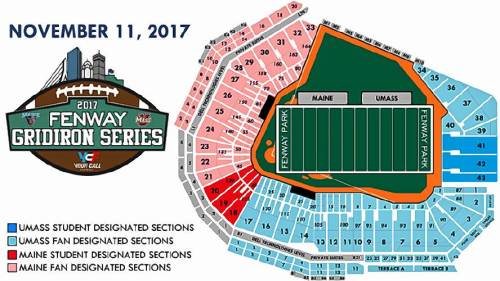 The Boston Red Sox will ask the city to rename Yawkey Way, the street alongside Fenway Park, to change what owner John Henry called a haunting reminder of the ballclub’s history of racial intolerance.  Read more here.

Make-A-Wish Kid Gets His Own Fenway Park

Connecticut native Thomas Hastings was born with scoliosis and later diagnosed with muscular dystrophy. When asked, he had one wish — to have a baseball field in his backyard.  In less than 40 days, the Boston Red Sox and the Make-A-Wish Foundation built Thomas his very own Fenway Park, with some help from Boston groundskeeper Dave Mellor and 100 volunteers.  Read more and view photo here.

The $300 million revamp of Fenway Park, home of the Boston Red Sox, didn’t simply mean a new lease on life for the iconic sports ground — it had a far-reaching effect on the Fenway area, too.  Read more and watch report here.

Malden Field of Dreams CEO Alexander Bok told the City Council on Tuesday that construction on a 6,000-seat stadium in downtown Malden (MA) could begin later this year, with first pitch scheduled for spring 2019.  Bok is working to bring an affiliated Minor League Baseball franchise to town.  Read more here.

Graham Knight from BaseballPilgrimages.com has just posted a review of his ballpark visit to JetBlue Park, the spring-training home of the Boston Red Sox in Fort Myers (FL).  Read more and view photos here.

PRESS RELEASE – The Lowell Spinners, the Class A Affiliate of the Boston Red Sox, are excited to announce that the two organizations have extended their Player Development Contract (PDC) through 2018. The extension will keep the Spinners in the city of Lowell and a member of the New York-Penn League for at least three more seasons. END_OF_DOCUMENT_TOKEN_TO_BE_REPLACED

Kennedy to Take Over for Lucchino as Red Sox President

Boston Red Sox chief operating officer Sam Kennedy will lead the franchise as president when Larry Lucchino steps down (voluntarily?) as president/CEO to devote his time to the proposed ballpark in Providence (RI) for the Pawtucket Red Sox (Triple-A, International League).  Read more and watch videos here.  Read story here without the spin.  Read latest about the Providence project here and here.

A fan hit by a broken bat at Fenway Park is expected to survive after sustaining life-threatening injuries during a game Friday night between the Oakland Athletics and Boston Red Sox.  Read more and watch news report here.  This incident, of course, has lit a fire under the debate over fan safety at baseball stadiums and liability if someone gets hurt.  Read more here and here.

The rooftop garden behind the Gate A facade at Fenway Park has finally reached its peak season, and food from the garden now will be available throughout the home of the Boston Red Sox.  Read more and watch video here.

James Taylor is releasing his first album of all-new material in 13 years, Before This World, on June 16, but fans of the Boston Red Sox got a preview of one of the tracks, “Angels of Fenway,” Sunday night before the team faced off against the New York Yankees.  Read more and view photo here.  Taylor and special guest Bonnie Raitt will play a concert at Fenway on August 6.  Get tickets here.

Part of the Boston Red Sox ownership group will reportedly purchase the Triple A Pawtucket Red Sox (International League), which for years was owned by Ben Mondor and his wife Madeleine.  Ben Mondor passed away in 2010.  Read more here.

Larry Lucchino, President and CEO, Boston Red Sox, appeared on a panel called “The Stadium of the Future” during the Bloomberg Sports Business Summit on Thursday, Sept. 4.  He talked about the information revolution and the impact of technology on the stadium experience.  Read more here.

Spinners to Give Away Red Sox Replica World Series Rings

PRESS RELEASE – The Lowell Spinners, Class-A affiliate of the World Series Champion Boston Red Sox, announced as the Red Sox staff and players from the 2013 World Series Champions received their World Series rings Spinners fans will receive a ring of their own this summer, thanks to Jeanne D’Arc Credit Union. END_OF_DOCUMENT_TOKEN_TO_BE_REPLACED

In a new series called “Ballpark Quirks,” Sports Illustrated takes a look at the distinctive features and oddities that make up each of MLB’s 30 parks. First up: Boston’s Fenway Park, and the Green Monster.  Read more here.

College football is coming to Fenway Park, as the home of the  Boston Red Sox will host Notre Dame  vs. Boston College in 2015 Shamrock Series.  Read more here. 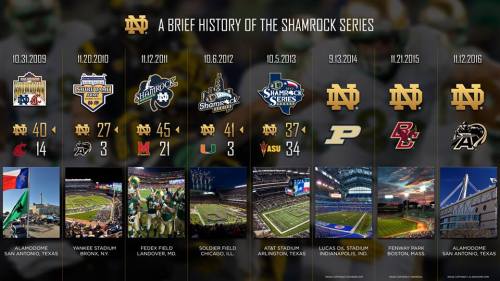 Outdoor Hockey Back at Fenway Park

The home of the 2013 World Series champions will play host to eight college hockey teams as part of the Frozen Fenway series of outdoor games on Jan. 4 and Jan. 11.  Read more here.  Get more information here.

Mike Oz, editor of Big League Stew on Yahoo.com, provides a behind-the-scenes virtual tour of “some places at Fenway Park the average fan might not get to visit.”  Read more and view slideshow here.

Brian Evans, creator of the “At Fenway” song and music video filmed at Feway Park featuring actor William Shatner, has filed a lawsuit against the Boston Red Sox and other parties for $10 million for Breach of Contract, Intentional Infliction of Emotional Distress, Fraud, and Interference with Contract.  View claim here.  View notice of filing here.

In the aftermath of Monday’s Boston Marathon bombings, singer-songwriter Neil Diamond surprised baseball fans at Boston’s Fenway Park on Saturday by taking the field to lead the crowd in a sing-along of his classic hit, “Sweet Caroline.” Playing the song at every Boston Red Sox home game during the eighth inning has been a ritual since 2002.  Read more here.  Watch video here.