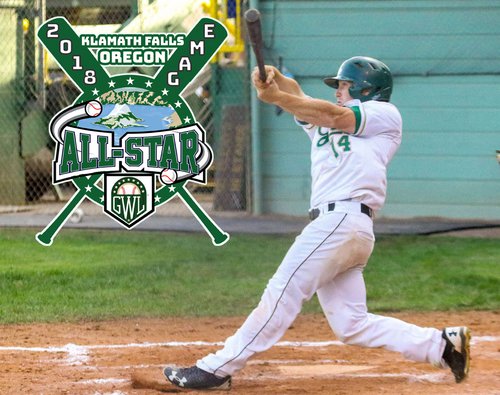 The game will be played on Monday, July 23, featuring All-Stars from the league’s six teams.

“Our entire community is getting behind this premier event,” added Klamath Falls Gems Owner/General Manager Joe O’Connor. “It’s an honor to host the game and we have big plans to make this a great event for players and fans.”

“Hosting the Great West All-Star Game in Klamath Falls adds to the lore and tradition of baseball at Kiger Stadium and in Klamath County,” noted Klamath Falls Herald and News Sports Editor Steve Matthies. “There’s the tradition of Babe Ruth League and American Legion World Series, along with dozens of state and regional tournaments at our ball park, and there’s a sold list of Major League players who’ve played at the venerable wood stadium.”

“Sporting events like the All-Star Game naturally make a big impression on the lives – and pulse-rates – of baseball fans,” expressed Greg O’Sullivan, Director of the Klamath County Economic Development Advisers. “But, it also will have a wider economic impact that goes far beyond the final pitch. For example, increasing community visibility, positive income for the lodging and food services industry, and enhancing the Klamath brand are all common postulations.”

Last season, the GWL All-Stars topped the Chico Heat 11-1, before a crowd of 2,221 at Nettleton Stadium in Chico, California. The 2016 GWL All-Star Game was played in Medford, Oregon in front of 2,467 fans at Harry and David Field. The North All-Stars edged the South All-Stars 6-5.

The game will be preceeded by the 2018 GWL All-Star Game Home Run Hitting Contest. An All-Star Luncheon is planned for earlier in the day.

Tickets for the 2018 GWL All-Star Game are available at http://www.kfallsgems.com.