Grant has worked for the Pirates since 2005. He will oversee the day to day operations of McKechnie Field as well as continuing to assist with sales and marketing efforts for the Marauders. The Marauders are owned and operated by the Pirates. 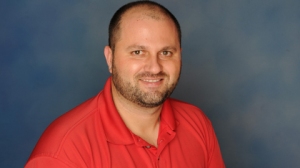 “A.J. has a proven track record from his work managing the operations of the Pirate City training facility,” DaPra said. “New Spring Training and Marauders attendance records were set at McKechnie Field in 2013, and I know A.J.’s leadership will allow that growth to continue in 2014.”

“I’m excited for the opportunity to connect with our very passionate fans,” Grant said. “Our entire staff is hard at work planning our 2014 promotional schedule and getting ready for another great season.”

Grant inherits the daily responsibilities of the Marauders organization from Trevor Gooby, the Pirates Senior Director of Florida Operations. Gooby will continue to oversee the overall operations of Pirate City, McKechnie Field, Pirates Spring Training, the Marauders, and the Pirates Dominican Academy.

“A.J. has been a key member of our Florida Operations since 2005,” Gooby said. “He is well prepared for this new role and the responsibilities it entails.”

Prior to coming to the Pirates, Grant spent two years with the Los Angeles Dodgers as Minor League Equipment Coordinator. He has also worked for the Arizona Fall League and the New York Mets. He is a 2002 graduate of the University of West Virginia with a degree in Sport Management.

Zach DeCicco has also been hired as Coordinator of McKechnie Field Operations. DeCicco, who worked with the team as a Florida Operations intern during the 2013 season, will assist Grant in all facets of operations. DeCicco is a recent graduate of Washington and Jefferson College.

McKechnie Field has hosted Pirates Spring Training games since 1969. The Marauders first home game of the 2014 season will be Saturday, April 5 at 6:30 p.m. against the Charlotte Stone Crabs. McKechnie Field will host the 2014 Florida State League All-Star Game on Saturday, June 14.

The primary logo created for the 2014 All-Star Game incorporates several aspects of the Marauders’ logos, while providing a unique look for this landmark event. McKechnie Field’s iconic façade is prominently featured as the top border of the logo, with crossed bats emerging from the corners. At the center of the logo is a pristinely white baseball with the title text applied over its top half, “2014 Florida State League All-Star Game.” The color scheme features the Marauders yellow and black tones. The yellow and black used in the Marauders logos are themselves a tribute to the team’s connection with its parent club, the Pittsburgh Pirates.

Along with the primary logo, the Marauders have commissioned a word mark logo for the event. The stylistic title text of “2014 Florida State League All-Star Game” is outlined again with the Marauders’ traditional yellow and black tones.

The Florida State League was formed in 1919. The League has competed as a Class-A minor league since 1963, and is one of three High-A leagues in professional baseball. It presently includes 12 teams split into two six team divisions. The regular season is 140 games split into two 70 game halves. The champion at the end of each half qualifies for the playoffs. The All-Star Game is played at the end of the first half.