PRESS RELEASE – The first Pennsylvanian team in the collegiate summer level Prospect League will pay tribute to that state’s blue collar heritage with its brand. The Johnstown Mill Rats’ nickname derives from a term used to describe coal miners and steel workers. The term originally had a derogatory connotation, but it’s been embraced and repurposed to reflect the grit and determination a person needs to work in those industries.

“It pays homage to the history of Johnstown, obviously a strong mill town and steel industry,” said Bill Davidson, one of the team’s owners, quoted on Johnstown’s Tribune-Democrat. “A rat is a notoriously tough animal. We wanted something that was tough and resilient but also something people could be proud of. It’s a combination of history as well as resiliency.”

Per the team, both the slab serif in the primary type and the hardhat-style batting helmet reflect the boldness and strength of a mill. A secondary script with a rat tail conveys forward movement. 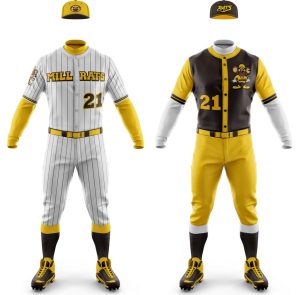 “We did a great deal of research to determine what we thought would be an appropriate name for the community,” Davidson said. “We wanted a name that had not been used before, a name that reflected the character and the resiliency of the Greater Johnstown region. That’s how we landed on the name Mill Rats.”