It’s the ‘Down East Wood Ducks’ for Kinston

It was announced Wednesday that the name for the new Single-A Carolina League franchise in Kinston (NC) will be known as the Down East Wood Ducks.  The Wood Ducks logo, designed by San Diego-based Brandiose, is scheduled to be unveiled Nov. 30.  Read more here. 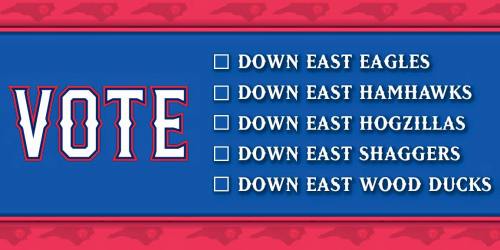 Governor Pat McCrory was part of the celebration in Kinston (NC) as the city formally recognized the return of baseball there for the first time since the end 2011.  Read more and watch news report here.

After being informed of Minor League Baseball’s realignment reducing the size of the Single-A California League to eight teams, Mayor Rich Kerr said he would start making phone calls immediately. His intent: Filling Stater Bros. Stadium’s calendar as early as the beginning of November, following the city’s planned rodeo.  Read more here.  As for the High Desert Mavericks, the team is headed to the Single-A Carolina League and Kinston (NC).  Read more and watch news report here.

Minor League Baseball will reportedly announce today that the Bakersfield Blaze and High Desert Mavericks will be contracted from the Single-A California League at the end of the 2016 season.  In the worst-kept industry secret, the two franchises will head east for the Single-A Carolina League.  The Cal League will become an eight-team, one-division circuit.  Read more here.  Read background story here.

The Division III Junior College World Series is coming to Kinston (NC) for the third straight year, and locals are looking forward to showcasing Grainger Stadium with an eye toward a possible return of affiliated ball.  Read more and watch news report here.

Carolina League franchises are just waiting for the first California League domino to fall.  The city of Kinston (NC) even has a signed lease in place with the Texas Rangers. Read more here.

The Kinston (NC) city council voted Monday to approve a lease for a potential baseball team at Grainger Stadium.  The deal is expected to be with a Single-A, Carolina League team and include $1.6 million in improvements and enhancements to the facility.  Read more here.  Read background story here.

The Rookie-level Appalachian League has been considering expansion, but it is off the table for 2015.  The hope of securing an Appy club is reportedly one reason Kinston (NC) has held off bringing a summer collegiate Coastal Plain League franchise to Grainger Stadium after losing the Single-A Kinston Indians (Carolina League) after the 2011 season.  Read more here.

Ever since the Single-A Kinston Indians (Carolina League) fled Grainger Stadium for greener pastures in 2011, city officials have been working to find a replacement to anchor the ballpark.  Meanwhile, they are doing their best to keep the facility busy.  Read more and watch news report here.  With a population under 25,000, we still believe the summer collegiate Coastal Plain League is Kinston’s best bet.