No New Ballpark for Waukesha

Mindiola Park won’t serve as the home for a new summer collegiate baseball stadium and soccer complex.  Waukesha (WI) city officials acknowledged that a plan to use $12.8 million in public financing through future property tax dollars (TIF) to fund a multi-sport complex at the Hoover Avenue park simply does not have the support it needs to make it a reality.  Read more here. 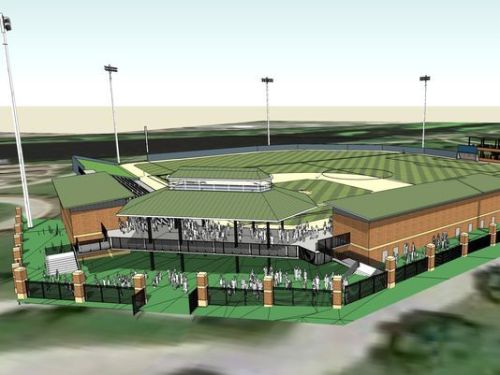 PRESS RELEASE – What do you get when you combine local food, family pride, plenty of folklore, and rich, Northeastern Wisconsin tradition? Booyah! It’s official; the Northwoods League team that will begin play at Capital Credit Union Park in 2019 will be called the Green Bay Booyah!

END_OF_DOCUMENT_TOKEN_TO_BE_REPLACED

Closing In on Waukesha Ballpark Deal

A season-long series of negotiations may yet result in a $12 million baseball stadium and soccer complex at Mindiola Park.  On Aug. 28, Waukesha’s (WI) finance committee voted 5-0 to recommend the common council approve the plan.  Read more here.

PRESS RELEASE – The Kenosha Kingfish and Big Top Baseball have announced that Doug Gole will replace Scott Preimesberger as General Manager of the Kenosha Kingfish on September 15, 2018. Preimesberger recently accepted a management role with the parent company of the Kingfish, Big Top Baseball, in Madison to oversee the inside sales departments for both the Madison Mallards and Madison Pro Soccer.

END_OF_DOCUMENT_TOKEN_TO_BE_REPLACED

After looking like it struck out on a deal earlier this year, Waukesha (WI) is rounding third in its quest to bring Northwoods League (Summer Collegiate) baseball to the city.  Read more here.

For now, Waukesha (WI) is still negotiating a contract with Big Top Baseball to build a 2,500-seat baseball stadium that would double as a soccer facility, but the long-term vision for Mindiola Park has gotten grander.  Read more here.

The Ashwaubenon Village (WI) Board on Tuesday night approved a 20-year lease with Big Top Baseball for a new $10-million stadium for the Green Bay Bullfrogs (Summer Collegiate, Northoods League).  The deal calls for Big Top to provide an up-front investment of $500,000 and an annual lease payment of $205,000 through 2023 with a 1 percent increase each year thereafter through 2038.  Construction could begin in August.  Kansas City-based Pendulum will be handling the design duties.  Read more here.

The city of Waukesha (WI) held a public information meeting Monday night over a controversial proposal to partner with Big Top Baseball to renovate the ballpark at Frame Park for a Northwoods League (Summer Collegiate) franchise.  The Common Council will reportedly vote on the proposal Feb. 22.  Read more here.

Soccer at Frame Park Too?

During the public presentation, both Big Top and Waukesha (WI) city officials referenced the possibility of soccer matches at the Frame Park ballfield.  Renderings provided by Big Top even showed the outline of a soccer field superimposed onto the ball diamond.  Read more here.

The scene in the city’s common council chambers, in some ways, resembled a ballpark filled to capacity, as Big Top Baseball officials laid out the organization’s proposed plan for bringing a Northwoods League (Summer Collegiate) franchise to Frame Park in Waukesha (WI).  Not everyone is happy about it.  Read more here.

A proposal to develop Waukesha’s (WI) Frame Park baseball field into a for-profit baseball stadium for a Northwoods League (Summer Collegiate) franchise is drawing opposition from those who say the land should stay open to the public.  Read more here.

Big Top Events (aka Big Top Baseball), the operators of Madison’s Breese Stevens Field, are interested in bringing a minor league soccer team to Madison (WI) and hope to make changes to the stadium that will allow that to happen, continuing a trend of reviving the previously underutilized landmark.  Read more here.

The disharmony on social media generated by the renewal of recent news that a Northwoods League (Summer Collegiate) ownership group is interested in developing the Frame Park field into a more stadium-like facility, has been reflected in meetings in and around city hall, too.  There is no shortage of opinions.  Read more here.

Big Top Baseball, which owns and operates four  successful Northwoods League (Summer Collegiate) franchises in Wisconsin (Madison Mallards, Wisconsin Rapids Rafters, Kenosha Kingfish and Green Bay Bullfrogs), has been talking with Waukesha (WI) officials for months about placing a team at a renovated Frame Park.  This isn’t the first time baseball suitors have come calling, but Big Top actually has the money, experience, and muscle to get it done.  Read the latest news here.

PRESS RELEASE – he Kenosha Kingfish announced today that Scott Preimesberger has been named as the General Manager. Preimesberger comes to Kenosha after spending the past five seasons with fellow Big Top Baseball team, the Madison Mallards. Big Top Baseball is the group that owns the Kingfish, Mallards, Wisconsin Rapids Rafters and Green Bay Bullfrogs of the Northwoods League. END_OF_DOCUMENT_TOKEN_TO_BE_REPLACED 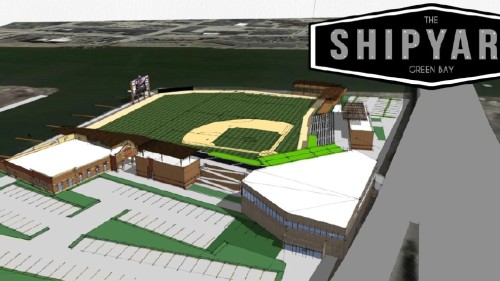 PRESS RELEASE – Zac Pallissard has been promoted to serve as General Manager of the Kenosha Kingfish. Pallissard, who is entering his fourth season with the Kingfish, will assume the responsibilities immediately. END_OF_DOCUMENT_TOKEN_TO_BE_REPLACED

PRESS RELEASE – The Green Bay Bullfrogs have named Sieeria Vieaux as General Manager. Vieaux steps into this role after three strong years with the organization as the Corporate Accounts Manager and Marketing Coordinator. END_OF_DOCUMENT_TOKEN_TO_BE_REPLACED

PRESS RELEASE – Big Top Baseball has announced that all four of the organization’s teams including Madison, Wisconsin Rapids, Kenosha and Green Bay, will be unveiling a new free digital program for the 2016 season. END_OF_DOCUMENT_TOKEN_TO_BE_REPLACED

PRESS RELEASE – At the First Pitch Event, the Kingfish unveiled a new digital scoreboard that will be installed beyond the right centerfield fence. Following the 2014 season, the Kingfish conducted a fan survey with more than 1,000 participants. The number one request for improving the fan experience was an upgraded scoreboard. This feedback prompted the newest renovation to Simmons Field. END_OF_DOCUMENT_TOKEN_TO_BE_REPLACED

A Post-Season Q&A with Owners of the Kenosha Kingfish

The summer collegiate Kenosha Kingfish (Northwoods League) wrapped up their successful inaugural season in August. After having a chance to catch their breath and reflect on the season, Kenosha News staff talked with Conor Caloia and Vern Stenman, who comprise the four-team-owning Big Top Baseball parent group along with Steve Schmitt, about making the franchise happen, stadium renovations and the first-season’s results.  It’s worth a read.  Read more here.

We’ve already mentioned Steve Schmitt and his Big Top Baseball’s growing summer collegiate empire, but you might want to check out three recent and informative articles about the group, as the first-year Kenosha Kingfish and newly acquired Green Bay Bullfrogs — both of the summer collegiate Northwoods League — kick off the 2014 season.  Read here, here, and here.  View Simmons Field renovation gallery here.