PRESS RELEASE – The Clearwater Threshers are proud to announce new leadership for the club with Jason Adams named the General Manager. This recognition, plus additional promotions and updated staffing continue the Threshers’ record of setting the bar for excellence in the Florida State League and reinforces the team’s commitment to being a community partner of Clearwater while providing the best in affordable, family-friendly entertainment. 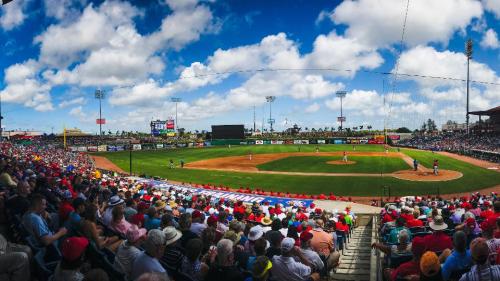 Jason Adams is promoted to General Manager of the Threshers where he will manage the day-to-day business of the club. He previously served 14 of his 20-plus years in Clearwater as Assistant GM, handling numerous duties including ticketing, IT support, and game day publications. Jason is a native of Louisville, Ohio, and University of Dayton alumnus. “I am grateful to have earned this opportunity and look forward to leading the talented Threshers staff while representing the Phillies and FSL.”

Doug Kemp has been promoted to General Manager of Spectrum Field. Now responsible for the facility operations, Kemp steps into the position with 14 seasons of experience with the Threshers including managing special events and the suite level. Doug is originally from Houston, Texas, where he attended the University of Houston. “I am extremely honored to be named the General Manager of this first-class facility. I look forward to building on the expectations of our fans and everyone who visits Spectrum Field for years to come.”

Dan Madden has been elevated to Assistant General Manager of the Clearwater Threshers. Starting in Clearwater as Food & Beverage Manager, and excelling as Group Sales Manager since 2005, Madden will continue to lead all group sales efforts and assumes the added responsibility of Assistant GM of the Threshers. Dan has prior minor league stops with the Indianapolis Indians and Memphis Redbirds.

Dan McDonough, on staff since 1995, is now the Senior Manager of Corporate Partnerships. Pat Prevelige has been promoted to Manager of Ticket Operations. Pat joined the Threshers in 2009. Dominic Repper moves up to Manager of Promotions & Game Entertainment. Dominic started in Clearwater in 2004.

John Timberlake remains Director of Florida Operations for the Phillies. “As we consider the future of our operations in Florida, it was time to acknowledge several people with new and expanded responsibilities, all of them well deserved. I am proud of not only these individuals, but also of each member of our Spectrum Field staff, and their growth, both personally and professionally, over the years.”

The Clearwater Threshers are the Class A Advanced affiliate of the Philadelphia Phillies and a member of the Florida State League. Spectrum Field hosts MLB Spring Training, the FSL season, and community events throughout the year. Opening Night for the Threshers is April 5, 2019.