PRESS RELEASE – RiverDogs President and General Manager Dave Echols has announced that Daniel Armas has joined the Charleston front office as a sales representative. The former Navy sailor begins his position immediately heading into the 2017 season.

A former Naval serviceman deployed for two tours in Iraq and Kuwait, Armas most recently worked as a Navy recruiter in Raleigh, N.C. where he gained experience identifying and processing new enlistees. 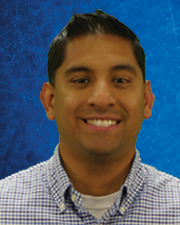 “Daniel is a self-motivated, driven professional and a great personality to add to our front office staff,” said Echols. “His leadership qualities from his time as a serviceman are evident, and he has the energy and personality to sell the excitement taking place at The Joe every night.”

During his tours of duty, the Longview, Tex. native was deployed in support of Operation Iraqi Freedom and Operation New Dawn as an Operations Specialist in the Riverine Squadron 1 and Coastal Riverine Squadron 2. He was awarded a Navy and Marine Corps Achievement Medal and named Junior Sailor of the Quarter in 2013.

Armas will take over the position vacated by Alfonso Rogers who departed the club for another position. The RiverDogs ticket sales team last year saw crowds flow through the turnstiles in record numbers as the club welcomed over 293,000 fans for the first time in their history.

RiverDogs season tickets, half-season ticket packages, mini plans, and group tickets are now available for the 2017 campaign, including options for the all-new Riley Park Club. The RiverDogs, the Class-A affiliate of the 27-time world champion New York Yankees, begin their season on Thursday April 6 when they host the Lexington Legends at The Joe.

Single-game tickets are now available and can be secured by contacting the box office at (843) 577-DOGS (3647) or online at http://www.riverdogs.com. Those that can’t make it to the park can follow every pitch of the RiverDogs season on WTMA 1250 AM in the tri-county area or by streaming online at riverdogs.com and the TuneIn Radio App by searching “RiverDogs.”