PRESS RELEASE – The Missoula Osprey announced today the addition of Cooper Perkins as the new Voice of the Osprey. Perkins will also fill the role of media relations coordinator upon his arrival in Missoula prior to the season. 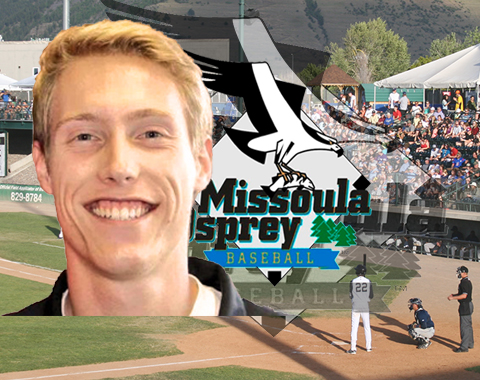 Perkins, a native of Los Angeles, is a recent graduate of the University of Southern California, where he obtained a bachelor’s degree in communication, while working with the student radio station.

Currently, Perkins works with the USC athletic department calling numerous sports, including baseball for the Pac-12 Networks online streaming platform. Additionally, Perkins has served as the director of broadcasting and media relations for two separate summer collegiate franchises, most recently the Wisconsin Rapids Rafters of the Northwoods League, where out of 18 teams, he was named the league’s Play-by-Play Broadcaster of the Year. Perkins spent 2015 with the Orange County Riptide of the California Collegiate League.

“I am excited for Cooper to arrive and join the Osprey family,” said Osprey Vice President/General Manager Jeff Griffin. “He is a quality person that is driven to deliver an excellent broadcast. I look forward to him adding his own flare to Osprey baseball this summer.”

Perkins will call every Osprey game, both home and away this season on the O’s radio nest, ESPN Missoula 102.9 FM and online at MissoulaOsprey.com. He will be an in-season media contact, as well as write and produce content for MissoulaOsprey.com and the O’s social media accounts.

“I’m incredibly thankful to the Osprey for providing me an opportunity to break into affiliated baseball,” said Perkins. “The organization and front office are both first-rate, and I’m eager to start describing O’s baseball over the Missoula air waves.”

The 2017 Osprey season will open Monday, June 19 at Billings. The Osprey home opener is set for Friday, June 23, when the O’s take on the Great Falls Voyagers. Season tickets and other ticket packages are on sale now at the MSO Hub located at 140 N. Higgins, by phone at (406) 543-3300 and online at MissoulaOsprey.com.