PRESS RELEASE – The West Virginia Power are pleased to announce the addition of national recording artists Love and Theft to the festivities of Redneck Night on May 28. The Power will host the Columbia Fireflies during the fifth incarnation of this award-winning promotion, which will feature a pre-game and post game concert by the duo from Nashville.

Redneck Night 5 is presented by Bert Wolfe Ford. The Power won the 2012 Best Theme Night Award from Minor League Baseball for the first ever Redneck Night. 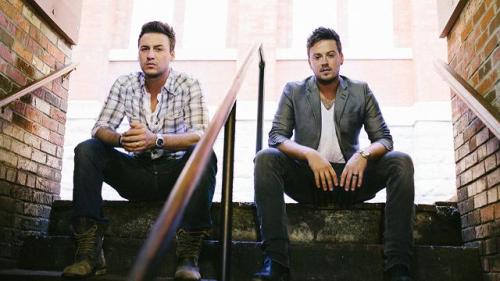 Love and Theft formed in 2006 and is one of country music’s hottest young acts with memorable hits like the #1 country smash “Angel Eyes” and the Top 10 hit “Runaway.” Stephen Barker-Liles and Eric Gunderson – the singer-songwriter-guitarists-frontmen of Love and Theft – have released two widely acclaimed albums World Wide Open and Love and Theft, as well as their recently released album titled Whiskey on my Breath.

“Redneck Night has been a fan favorite for years,” said Tim Mueller, the General Manager of the West Virginia Power. “It has developed so much from the first year to now and we are excited about adding a major recording artist like Love and Theft. This will be a great show.”

Gates will open at approximately 5:30 P.M. with Love and Theft performing a pre-game set from 5:45 until 6:30. After the game ends, the duo will perform a second set during the Redneck Prom on the third base concourse. Other festivities of Redneck Night will include a sleeveless camouflage t-shirt giveaway for the first 1,000 fans, in-game promotions to highlight the theme and a post game prom king and queen announcement in conjunction with 96.1 The Wolf.