PRESS RELEASE – Your BlueClaws and Lakewood Township have agreed to a new lease and our fans will be happy to know that your BlueClaws will be here at FirstEnergy Park for the next 40 years.

The lease extension, which runs through 2055, was announced today by Team President Joe Finley. 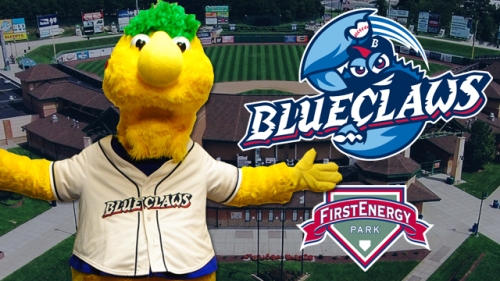 “This is a banner day for the BlueClaws and we are thrilled to be able to stay at FirstEnergy Park for the foreseeable future,” said Finley, who has been the BlueClaws Team President since the club’s inception. “The BlueClaws and the Township of Lakewood have had a tremendous relationship over the last 15 years and we look forward to many more great years of BlueClaws baseball in Lakewood.”

The BlueClaws debuted in 2001 and have delivered another form of affordable, family entertainment to the area. The Jersey Shore community has responded, with over 6.4 million fans coming to FirstEnergy Park over the last 15 years. The team has led the South Atlantic League in attendance in each of their 15 seasons.

“Since 2001, our main goal has been to bring affordable, family fun to Lakewood and the Jersey Shore. This agreement ensures our commitment to the area and we look forward to being an active member of the Township and of Jersey Shore community for many years,” said Finley.

On the field, BlueClaws fans have seen 69 former players go on to play in Major League Baseball and the team has won three South Atlantic League titles (2006, 2009, and 2010).

The BlueClaws are the Jersey Shore’s top stop for affordable family entertainment. They have led the South Atlantic League and New Jersey in attendance in all 15 years of existence.

The 2016 season runs through September 5th and ticket packages, group outings and single-game tickets are currently available by calling 732-901-7000 or online at BlueClaws.com.

Thanks to John Cerone for the news.