The 2015 season will feature a mixture of returning themes and promotions with new concepts, new giveaways and more fun than ever before. The team has five scheduled bobble head giveaway nights, six fireworks shows and visits from touring acts, popular theme nights and celebrity guests.  Full Promotional Schedule.

“We feel this is one of our most complete promotional schedules in recent years,” said Spinners President and General Manager Tim Bawmann. “The most exciting part is we are not done with it yet. We still have a number of great themes and promotions in the work that we are looking forward to revealing as the season approaches.”

Among the many highlights are the coveted bobble head giveaways, headlined by a special bobble head July 26, when the team gives away Pete Frates Bobbling Ice Bucket Figures.

“Pete and his entire family are truly inspiring,” said Bawmann. “This special bobble head won’t have a bobbling head, rather the ice bucket that Pete and his family helped make a household term in 2015 in their quest to promote ALS Awareness. We look forward to continuing that quest at LeLacheur Park.” 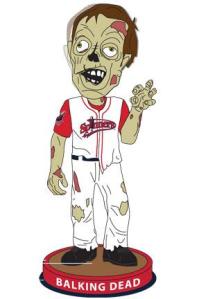 Additional giveaways will include a special 2008 Stedler Division Champions ring, commemorating the Spinners first ever playoff team, August 26, and replica jersey of a pair of special on-field jerseys the Spinners team will be wearing including a “Parrot Head” jersey for Jimmy Buffet Night (August 6) and camouflage jersey for Military Appreciation Night (July 9).

The armed services will once again be honored at LeLacheur Park this summer, with special on-field jerseys for the aforementioned Military Night, as well as the third edition of the team’s “Military Hero Baseball Card Set,” (August 30) and Vietnam Veterans Night (July 13). Buy Tickets Now

“There are few nights we look forward to more at the ballpark than those where we can show thanks and appreciation for the men and women of our armed services,” said Bawmann. “The ‘Hero Card Set’ gives me goose bumps each year.”

Fans of fireworks will be pleased to know “Friday Night Fireworks” will also return, with five Friday Night shows and a special July 2 Independence Day spectacular. Kids Eat Free Monday and Weenie Wednesday, featuring $1 hot dogs, are back on the schedule as well and more themes and giveaways are expected to be announced in the coming weeks.

For a complete listing of announced promotions and a full 2015 schedule: Full Promotional Schedule.