ZZ Top, Jeff Beck to Rock Home of the Osprey

PRESS RELEASE – The Missoula Osprey in conjunction with The Knitting Factory announced today that ZZ Top and Jeff Beck will be live in concert at Ogren Park Allegiance Field on Friday, August 8. The gates will open at 5 p.m. with the show starting at 6.

The event is General Admission on both the field and in the seating bowl. Tickets for the event are $49.50. This price does not include ticket convenience fees that will apply. 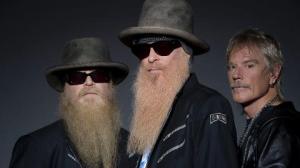 ZZ Top, formed in the Houston area of Texas in 1969, became a huge national touring act in the 70s and darlings of MTV in the 80s, going on to sell tens of millions of records. Their unique hybrid of dirty blues, hard rock, incorporating new sounds and technology, earned them induction into the Rock And Roll Hall of Fame in 2004 with Keith Richards of the Rolling Stones doing the honors.

Jeff Beck, a native of London and two-time Rock And Roll Hall of Famer (with The Yardbirds in 1992, and on his own in 2009), helped set the template in the 60s for the solo-heavy, feedback-laden, rock guitar hero archetype. He formed the Jeff Beck Group by the end of that decade with then-unknown vocalist Rod Stewart, eventually going solo, with forays into fusion and beyond in the mid-70s. Beck, like ZZ Top, has continually incorporated new sounds and technologies into his work throughout his half-century long career. Lately, Beck has been working on a new studio album, his first since the 2010 release of the critically acclaimed Emotion & Commotion, which earned him two Grammy Awards and the highest charting debut in his career.

Chairs, umbrellas as well as outside food and drink are not permitted in the stadium.