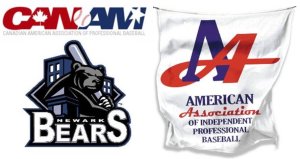 Four teams will make up the Can-Am League in 2014: the Quebec Capitales and Trois-Rivieres Aigles from the province of Quebec; the New Jersey (Montclair) Jackals; and the Rockland Boulders of Pomona, N.Y. The Newark Bears will not operate in 2014.

Wolff commented, “The Can-Am League is extremely pleased to continue its alliance with the American Association. It has been a great rivalry with the teams in the central U.S. and Canada, and we believe it sets the stage for growth of the Can-Am in 2015 and beyond.” The Can-Am League has already announced that Ottawa, Ontario, will join the league in 2015; several other cities are under consideration for inclusion in 2015.

The American Association divisional lineup for 2014:

The North, Central and South Divisions will begin their 100-game season on May 17, while the Can-Am Division will start its 96-game season a week later on May 24.