PRESS RELEASE – The Vermont Lake Monsters, the New York-Penn League affiliate of the Oakland Athletics, are proud to unveil a new team logo and identity featuring the team’s mascot, Champ, as the team begins their 21st season of Minor League Baseball.

After using logos with the variation of a gray “Champ” floating through the letter V during the franchise’s first years as the Vermont Expos, or a “greener and meaner” Champ since becoming the Lake Monsters, the new logo will feature a lime green Champ that more closely resembles the team mascot’s colors and features.

“The logos and team identities of the past did not truly reflect the connection between team and mascot,” explained general manager Nate Cloutier. “We set out to adjust to match what our fans have come to know and love — the Lake Monsters and the big, lime green mascot, Champ! We want people to think of Champ and the Lake Monsters when they see lime green, just like the connection with crimson and Alabama, or burnt orange and Texas.”

[Watch video from the BurlingtonFreePress.com]

With those goals in mind, the new Lake Monsters primary logo features Champ gliding through the water, barely breaking the surface like a mystical creature would and sitting atop a custom lime green Lake Monsters font that incorporates a tail underlining the team nickname. The Lake Monsters new game cap will feature just Champ emerging from the water, while the new batting practice cap logo focuses solely on Champ’s face, as if he had just breached the surface of the water. 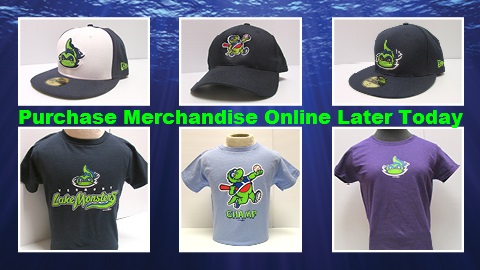 In addition, a secondary logo was developed with a more playful cartoon-like look to connect with Champ’s biggest fans, the youth. The logo features the Champ trotting with his bat and ball in hand, as if he were ready to play another game.

Champ, Vermont’s beloved mascot since the team’s first season in 1994, has become one of the most recognizable icons for both the Vermont Lake Monsters and the state. He has become more than just a Minor League Baseball mascot; he has become a community icon that the Lake Monsters want to put all of their marketing behind. 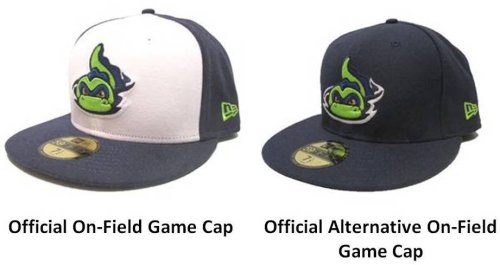