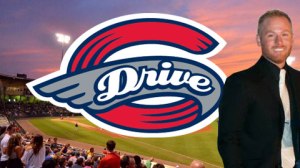 Drive Co-Owner and President, Craig Brown, commented on the announcement, saying, “Eric has the ideal experience and qualifications to take the reins as the Drive General Manager. He is incredibly smart, diligent, thorough and hard-working, and most importantly, he is absolutely committed to providing our fans with the best possible customer service. As the Drive continues to enhance the fan experience at Fluor Field, with many exciting items coming online for the 2014 season, we have the chance to make this our best season ever. Under Eric’s leadership, and with the staff we have in place, I am confident we will get there!”

Jarinko joined the Drive as Director of Media Relations in November of 2005, prior to the organization’s Inaugural Season in Downtown Greenville. Over the past eight years his responsibilities have included the management and growth of numerous departments, including Entertainment, Ballpark Operations, Red Sox Relations and Sponsor Services, where he has worked closely with the Drive corporate partners.

“It’s very exciting to be moving into this new role with the Drive, and to be able to lead the organization’s ongoing commitment to provide the best fan experience and customer service in all of Minor League Baseball,” noted Jarinko. “Since 2006, this organization has established so many strong ties in becoming part of the fabric of Greenville Upstate Community, and much of that has to do with the Drive’s mission and leadership team.”

Jarinko added, “I equate this move to the path our players take when they begin their professional baseball careers in Greenville, striving to reach Boston. When I began my time with the Drive eight years ago my goal was to become a general manager, and I’m thankful to have realized that opportunity now with the Drive – a truly Major League operation. The experiences and responsibilities that Craig Brown, Mike deMaine, and Nate Lipscomb have afforded me during the past eight years have really assisted in my growth to this point, and I am eager to continue that professional development in my new role.”

A graduate of Clemson University, Jarinko has been recognized twice as the South Atlantic League’s Media Relations Director of the Year (2009 and 2010), and was named to Greenville Business Magazine’s “Best and Brightest Under 35” in 2011. His expanded responsibilities and close working relationship with Brown, deMaine, and Lipscomb were also integral in the organization being awarded the Bob Freitas Award by Baseball America in 2012, as well as twice being named the South Atlantic League’s Organization of the Year in 2008 and 2010.

Drive Executive Vice President, Nate Lipscomb, commented on Jarinko’s promotion, saying, “Eric has an extraordinary understanding of both the game and the business of baseball. His growth and maturity since joining the organization has been remarkable, and the Drive and Greenville Community could not have a better person to assume the role of General Manager. The respect he has earned from the Red Sox, from his peers in the League, from the Drive staff, and from the many fans and customers he has worked with and served is truly outstanding. I’m excited to continue working with Eric in his new role, as the Drive strives to make a positive impact on the quality of life for all our fans and partners here in the Upstate.”