PRESS RELEASE – In conjunction with their 20th-anniversary season, the Sioux Falls Pheasants are excited to announce that former Canaries intern and assistant general manager Becky Moen will hold a book signing at the game on Saturday. Gates will open at 5:05 p.m. with the game slated to begin at 6:05 p.m. 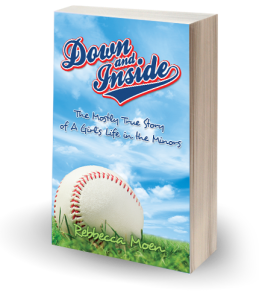 Moen worked for the Canaries from 1993 to 1996 and has recently published the novel, “Down and Inside: The Mostly True Story of A Girl’s Life in the Minors” about her experiences working for the Canaries.

The book peeks into the inner workings of the club, including the fans, the Cage-a-Canary family housing program, the front office and the players.

Moen, a 1994 Augustana College graduate, will be at the game on Saturday and will be signing autographs from 5-6:30 p.m. in the main concourse.