PRESS RELEASE – The man they call “Lefty” once played under Ted “Double Duty” Radcliffe. The man Buck O’Neil nicknamed “Baby” once challenged the great Satchel Paige in a showdown people still talk about.

Now they’ll both be at the Rialto Theatre on March 10 as special guests for the Joliet Slammers’ logo unveiling extravaganza. 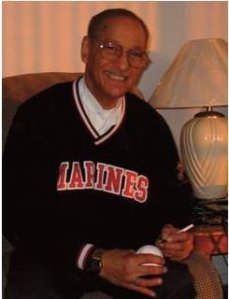 Chicago native Johnny “Lefty” Washington, 80, first made his name on the pitching mound for the Armour Meat Packing Company’s semi-pro baseball team at the age of 18. After graduating from Morgan Park High School, Lefty pitched for Radcliffe and the Chicago American Giants of the Negro American League in 1949. The Giants are noted for being the “longest continuous franchise in the history of black baseball” according to the Negro Leagues Baseball Museum. They were founded in 1910 by Rube Foster and lasted all the way through the 1950 season.

Washington was traded in the off-season to the Houston Eagles and pitched well enough for them that he was encouraged to try-out for the Boston Red Sox in 1951. The Red Sox would become the last major league team to sign a black player in 1959 when they signed Pumpsie Green. So even though Washington impressed the scouts at the try-out, he never heard from them again.

A month later, Washington was called upon to serve in the Korean War and fought bravely in the Marines. Washington suffered two injuries in the military and earned two Purple Hearts for his service. Doctors told Washington that the injuries would prevent him from ever playing baseball gain. But “Lefty” would not be deterred as he would go on to play five more seasons before retiring in 1960 to spend more time with his wife and children.

Washington continues to be a presence in the Chicago area, playing semipro ball for awhile and in more recent years teaching young kids the game by assisting in the local Little Leagues. He’s also had his jersey retired by Morgan Park High School.

Infielder Hank “Baby” Presswood, 89, played four seasons in the Negro Leagues, three for the Cleveland Buckeyes and one for the famed Kansas City Monarchs. Presswood was known for his irrepressible personality, and that manifested itself in a showdown with perhaps the greatest Negro Leaguer of them all: Satchel Paige.

The bus ride to Kansas City to face Paige and the Monarchs was very quiet, except for Presswood. He wasn’t their most prolific hitter, but he was talking up a storm, trying to keep everyone loose. Once they got to the ballpark, Presswood thought he heard fireworks going off; it turned out it was only Paige warming up. Presswood wasn’t intimidated though and proceeded to engage the great Paige in some trash talk when the most famous of Monarchs walked by the Buckeyes’ dugout.

According to the book Talking Baseball Amongst Friends: “Presswood then stood up, walked towards Paige and said, ‘you know what Satch? When it is my turn to hit, I am going to go up to that bat rack …” (as he turned and pointed to the old wooden rack which was about to fall apart), and I am going to get me a 34-inch bat, and I’m going to give you a whooping you never had before!’”

Presswood would indeed grab that 34-inch bat and he even dug in against Paige, something no one ever did. But the future Hall of Famer would get the better of the scrappy Presswood, striking him out with his famous “hesitation pitch”, a pitch that was banned once Paige made it to the major leagues.

Presswood would join the Monarchs for the 1952 season before retiring and working for Inland Steel for just over 30 years, where he had a very distinguished fast pitch softball career.

“Baby” was selected by the Chicago White Sox in the 2008 draft held by major league teams to honor surviving Negro League players who did not have the chance to play major league baseball.

Slammers players Josh Flores and Zach Rodeghero along with manager Bart Zeller and pitching coach Carmen Pignatiello will be on hand to model the brand new uniforms. More players are also expected to be on hand.