PRESS RELEASE – The Tennessee Smokies, the Double-A affiliate of the Chicago Cubs, conclude the unveiling of the team’s 2011 season promotional schedule with a preview of the individual theme nights including giveaways and appearances. With something lined up different every day of the season, the 2011 Smokies experience will bring you a “Century of Memories!” 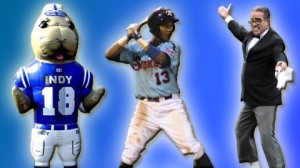 Giveaways: Giveaway nights are a staple within the Minor League Baseball experience all around the country, and the Smokies are no different. Kicking off the season, the first 2,000 fans through the gates on April 30 will receive a Starlin Castro Bobblehead. This Bobblehead will be the same one the Chicago Cubs are giving away at Wrigley Field on April 5. The excitement continues all the way to the end of the season with nine total giveaways throughout the year. Here’s a look at all of the 2011 giveaways at Smokies Park:

Special Appearances: This season, Smokies Park will play host to a plethora guests throughout the 2011 season. Take a look at the 2011 appearance line-up:

Theme Nights: The 2011 season is filled with different themes meant to entertain and engage Smokies fans. Here’s a glimpse at some of 2011’s theme nights:

Individual game tickets for the Tennessee Smokies 2011 season will go on sale on line Wednesday, March 2, at 10:00 a.m. The Smokies kick off the 2011 home season against the Montgomery Biscuits on April 13. Ticket packages are currently on sale including season tickets, ticket mini-plans, as well as suites and group outings. For more information on tickets, games and events call the Smokies Front Office at 865-286-2300 or visit http://www.smokiesbaseball.com.