PRESS RELEASE – The Springfield Cardinals and all the Cardinals family would like to congratulate Stan Musial on receiving the Medal of Freedom, the highest civilian honor.

President Barack Obama will award Stan Musial the Presidential Medal of Freedom today in a ceremony scheduled to take place at 1:30 P.M. Eastern Standard time in the East Room of the White House. 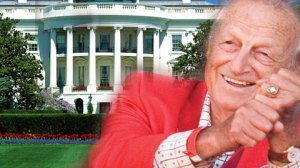 The Medal of Freedom is the Nation’s highest civilian honor and bestowed to individuals who have made especially meritorious contributions to the security or national interests of the United States, to world peace or to cultural or other significant public or private endeavors. Though individuals may be honored for singular acts of momentous import, it is generally offered for a lifetime of service or at the conclusion of a distinguished career.

Musial, a Donora, PA native, enjoyed a 22-year Major League Baseball career as an outfielder and first baseman with the Cardinals. He batted .300 or better in each of his first 16 seasons and finished with a .331 career batting average (ranks fifth highest in Cardinals history and 32nd in MLB). He is a three-time National League Most Valuable Player (1943, ’46 and ’48), accumulated a career total of 3,630 hits and 475 home runs, was named to the N.L. All-Star team 24 times and won three World Series as a player and one as General Manager of the Cardinals.

“For us, Stan embodies all that is good about the game of baseball and what it means to be a St. Louis Cardinal,” wrote the 2010 Cardinals players in a letter to President Obama supporting Musial for the Medal of Freedom. “Stan is a role model for players and fans alike, embodying the qualities of good sportsmanship, self-discipline, hard work, consistency, grace, humility and excellence.”

Musial was named Player of the Decade by the Sporting News for the 1950’s and was awarded Comeback Player of the Year in 1962 when he hit .330 at age 41. He was the first player in Cardinals history to have his uniform number retired and in 1969 he was a first ballot election into the National Baseball Hall of Fame.

Off the field, Musial’s accomplishments are equally impressive as he served in the U.S. Navy during World War II, served as chairman of President Lyndon B. Johnson’s President’s Council on Physical Fitness from 1964 to 1967, acted as unofficial emissary to Poland and was awarded the Cavalier Cross of the Order of Merit, the Polish Government’s highest civilian honor. He has worked closely through the years with the USO, Senior Olympics, the Boy Scouts, the Crippled Society of St. Louis, Shelter the Children and other charities.

“Throughout his life, Stan has never sought recognition for his good works,” said Cardinals Chairman William DeWitt Jr. in a letter to President Obama dated March 15, 2010, nominating Musial for the Medal of Freedom. “Stan has been a true role model- exemplifying the humility, grace and generosity we so desperately need to see in our American Sports heroes.

Receiving the Medal of Freedom is a tremendous honor for any person, but to have the man that embodies what it is to be a Cardinal, makes this day extra special for all the Cardinals’ friends and family.