Brawl at the ‘Claws: Pro Wrestling at FirstEnergy Park

PRESS RELEASE – Join the Lakewood Blue Claws and Independent Superstars of Professional Wrestling (ISPW) on Sunday, July 11th for the first Brawl at the ‘Claws, a charity wrestling event held at FirstEnegy Park, home of the Lakewood BlueClaws.

The full wrestling card begins at 1:00 pm and all fans that attend the wrestling event will receive a ticket to that day’s BlueClaws game at 5:05. 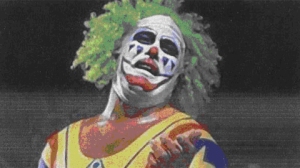 All proceeds from the Brawl at the ‘Claws will benefit BlueClaws Charities.

Former WWE Wrestling Superstar Doink The Clown will be in action at Brawl at the ‘Claws when he goes one on one with former 5-time ISPW World Heavyweight Champion “Mr. Main Event” Ace Darling.

The ISPW Tri-State Championship will be defended at Brawl at ‘the Claws when current champion “The Platinum Poppa” Rob Eckos puts the title on the line against former ISPW World Heavyweight Champion Judas Young.

Young, a punk rocker, threw out a first pitch at a BlueClaws game last summer.

“The King of The World” Danny Inferno, former ISPW World Heavyweight Champion and former WWE developmental wrestler, will step in the ring one-on-one one against the fan favorite Baby Hughie at Brawl at ‘the Claws. Inferno has also appeared in the movie The Wrestler along with Judas Young that starred Mickey Rourke.

In what might be the most anticipated match on July 11th, BlueClaws own mascot Buster will be in action that afternoon when he battles ISPW Owner “Mr. Personality” Nicholas Nice.

Josh Daniels rounds out this fun-filled afternoon of Bodyslammin’ action for a good cause when he takes on “Juicy” Justin Corino.